Bill to Ease CDL Requirements for Veterans Signed into Law 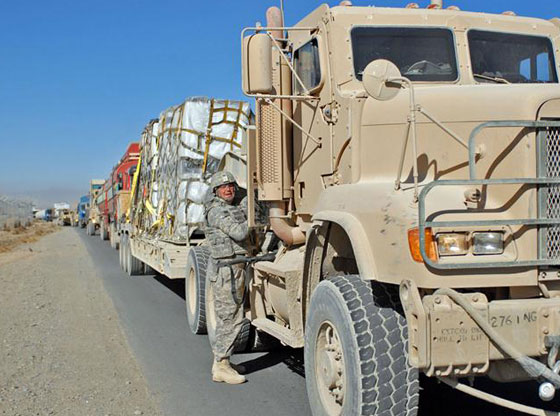 It is now easier for service members to receive their commercial driver’s licenses thanks to legislation that was signed into law last week.

The legislation was originally introduced by Sens. John Cornyn, Elizabeth Warren, and Thom Tillis, and it is designed to streamline processes and ease the burden for active-duty military, Reservists, and Veterans who apply for the licenses, according to Tillis.

“The brave men and women that serve in the U.S. military learn a wide-range of skills applicable to jobs once they enter the civilian workforce, but too often face unnecessary barriers that make it harder for them to find jobs,” said Senator Tillis. “This legislation will allow our active-duty military, reservists, and veterans to apply the experience they gained serving our nation in a civilian capacity and not force them to go through a duplicative credentialing process to obtain a commercial driver’s license.”

Senator Cornyn noted the bill shows service members that officials have their backs.

“This bill shows our veterans that after all of their hard work defending our nation, after everything they’ve sacrificed for us, we have their backs,” said Senator Cornyn.  “Now that this bill has been signed into law, veterans will be able to more easily transfer the commercial driving skills they’ve honed in the military to civilian life, and therefore more easily find jobs that pair well with their skill set.”

The legislation was part of the Jobs for our Heroes Act of 2017, which adjusted standards first created as part of the Fixing America’s Surface Transportation Act, officials said.

The standards exempt veterans from all or a portion of civilian commercial vehicle driving tests if that veteran had experience driving similar vehicles while in the armed forces or reserves. Additionally, the standards allow veterans’ formal military training to count as credit towards the commercial motor vehicles minimum requirements to obtain a license.

The standards of the new law are permanent and extend to troops who are currently serving.  In addition, it makes it easier for veterans to receive the Department of Transporation-required health exam to hold a commercial driver’s license.

President Trump signed the bill into law on January 8th.