Do you have space in your home and heart for Harley?

Home /Pets Page/Do you have space in your home and heart for Harley? Even though super sweet Harley has had it tough, he hasn’t let his circumstances change his friendly and fun personality. Just look at those ears.

About a year and a half ago, as a very young puppy, Harley was seized by law enforcement as part of a criminal investigation. All dogs were removed from a property and placed in a county shelter at an undisclosed location.

At the time, sweet Harley was only 5 weeks old. Just a baby. A county shelter was his home for one year until one of the kind-hearted volunteers at RADAR (Rogue Active Duty Animal Rescue) sprung Harley from his cell and fostered him for several months. Harley was the perfect house guest and got along splendidly with her other two rescue dogs, Ruby and Charlie.

Harley loved his life as a foster pup for several months. Eventually, he was adopted. However, things did not work out, and due to no fault of his own, Harley was returned to RADAR.

Like many animal rescue groups, RADAR has been overwhelmed with animal surrenders and a lack of foster homes to care for them.

Because Harley is without a home to call his own, the kind folks at Longleaf Animal Hospital are boarding him at their hospital in Southern Pines. However, the kennel environment is very stressful for Harley. In addition, his boarding bill increases daily.

RADAR needs help finding either a long-term foster home or someone interested in adopting this very sweet boy.

Harley’s foster mom described his personality as “goofy.” He loves to go on walks and play with his toys.

If you have space in your home and heart for Harley, please contact RADAR at [email protected]

You can learn more about the work of Moore County based, RADAR Rescue by visiting them on their Facebook page. https://www.facebook.com/rogueactivedutyanimalrescue 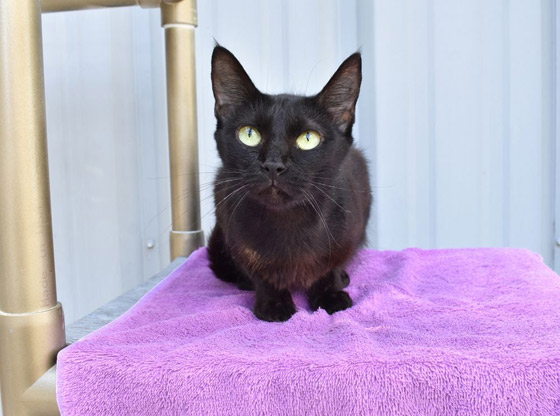