The movie series will begin on Saturday, May 7 at 6:30 p.m. with the showing of the beloved film “Hercules” (rated G). They will be showing the film at the fire station through a projector and inflatable screen every other month running through October (with a Christmas showing in December, weather permitting).

Entry is free. Seven Lakes Fire and Rescue will have a donation jar if anyone wishes to donate to the station. They will have popcorn, snow cones, and water for sale at the show. Folding chairs will be provided, but personal camping chairs are allowed for a more comfortable experience.

Movies will be selected for different audiences each month, so parents are encouraged to determine it is age-appropriate for their child. Information on film ratings can be found at www.parentalguide.org. The featured film title will be released via the department’s Facebook page prior to the show. Shows will be shown inside the bay or outside based on weather conditions and attendance numbers.

Seven Lakes Fire and Rescue assures this program will not in any form hinder emergency services to the community. Apparatus will be staged for quick and safe deployment, so the show can continue without interruption, and the community will still receive the highest level of service.

Seven Lakes Fire and Rescue is excited to offer this new program as a way to give back to those that show so much support to them. Holidays at the Farm on… SWE presents love in the… 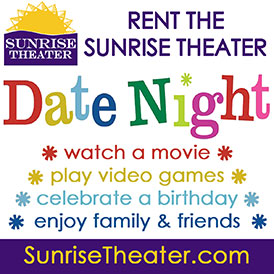