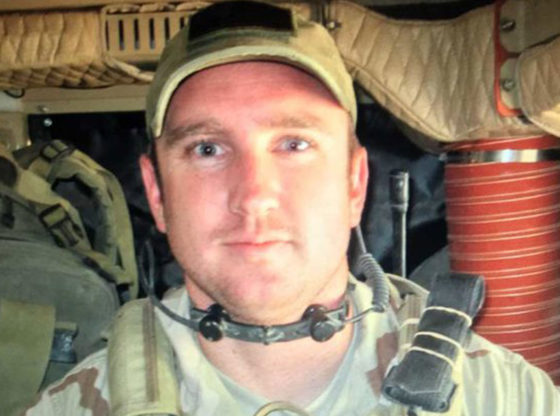 Earlier this year, Rep. Hudson introduced the Sergeant First Class Richard Stayskal Military Medical Accountability Act of 2019, a bill named after the Pinehurst resident and veteran. Monday’s NDAA includes a provision he helped secure based on this legislation to allow service members to seek compensation for medical malpractice unrelated to their military duties and caused by a Department of Defense health care provider. I’ll continue to look out for our soldiers and their families at Fort Bragg and across the district,” said Rep. Hudson in a Wednesday press release, who represents Moore County and Fort Bragg.

Originally from San Jose, CA, Rich, 38, enlisted in the Marines in 2001. In 2004 while serving in Iraq, he was shot by a sniper, a bullet lodged in his lung. Discharged in 2005, he was awarded a Purple Heart for his service. In 2006, Rich reenlisted in the U.S Army.  Despite giving the appearance of looking in perfect health, Rich is currently fighting for his life, living with Stage 4 lung cancer.

In January 2017, Rich underwent a routine CT scan performed as part of a required physical necessary before entering dive school in the Army. After his exam, Rich was cleared by a military doctor at Womack Medical Center, located at Fort Bragg, to enter dive school. According to the Rich, a mass was noted in his medical record at the time and had grown substantially by the time it was detected by a civilian doctor—six months later.

“My priority is doing right by my constituent Rich and making sure our service members and their families receive the support and top-notch health care they were promised,” said Rep Hudson in a May press release. “I admire Rich and the Stayskal family’s courage to advocate for these changes.”

The act is expected to pass in the Senate and signed by President Donald Trump by the end of the year.