The Town of Aberdeen considered two rezoning ordinances at its April 25 town board meeting.

A request was made to rezone approximately six acres from R-20 to RM-6. R-20 is for single-family detached homes with 20,000 square-foot lots. The parcel is split by Midway Road and has 972 footage on Saunders Blvd. RM-6 allows for multifamily dwellings and allows five units per acre.

The parcel has been unused for many years, but the owners requested the rezoning to facilitate the selling of the land.

The town’s main concern was Spot Zoning. Spot Zoning is illegal and refers to the specific rezoning for the landowner’s benefit, and not the fulfillment of the town’s long-term plan. The lack of adjacent RM-6 parcels led the board to conclude that it would be a textbook case of Spot Zoning. The town planning board previously voted 7-0 not to recommend approval.

The second rezoning centered around the former Aberdeen Elementary School to a planned development zoning often referred to as Aberdeen Station. Currently, the eight parcels involved are zoned either RM-6 or R-10 and consist of almost 18 acres. An R-10 is for single-family dwellings on 10,000-square-foot lots. Since the town owns the parcel after purchasing it from the school district, the town was both the applicant and approving unit.

The planned development will be divided into civic, mixed-use, and residential sections.

The residential areas will be capped at 45 units, and retail will be consistent with the surrounding area.

According to Aberdeen Planning Director Justin Westbrook, the self-imposed cap of 45 residentials is far below what the current zoning would allow.

According to Aberdeen Mayor Robert Farrell, the town purchased the parcel wanting the gym and the auditorium. When the entire parcel became available, the town brought in a design firm to produce recommendations resulting in the proposed plan.

Many residents spoke about the plan, and many expressed concerns about growth and ensuring that the town’s infrastructure and services expand to accommodate the additional development.

After extensive public discussion, the board postponed action on the rezoning until the town’s next scheduled work session, which will be May 9 at 6 p.m. 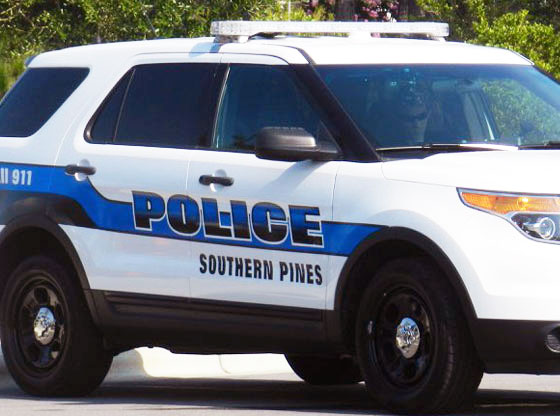