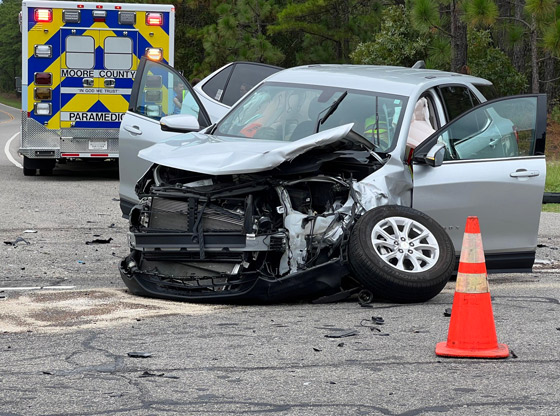 Emergency crews were called to the intersection of Highway 73 at Beulah Hill Church Road and arrived to heavy damage to both vehicles. According to troopers investigating the crash, a Ford Ranger was traveling on Highway 73 toward Eastwood when a Chevy Equinox pulled out from Beulah Hill Church Road. Both drivers were treated at the scene for minor injuries. The driver of the Equinox was charged with failure to yield right of way.