On Tuesday, December 19, 7:30 pm, rediscover Handel’s Messiah with Maestro David Michael Wolff, as he leads over 60 instrumentalists and vocalists on the stage of Owens Auditorium, Sandhills Community College.

The 60-minute Christmas presentation of the masterwork features a stellar line-up of vocal soloists, including Nathan Milholin, bass-baritone, Young Mee Jun, soprano, Jami Rhodes, mezzo-soprano, and Daniel Shirley, tenor, described in a review of his recent Carnegie Hall debut as “a tenor of lyrical allure and power.”

Says Wolff, “There’s such pleasure in returning to a masterpiece and discovering it as fresh as ever, yet more deeply ingrained in one’s being from the passing of time.”  When you think of Handel, with his flowing wig and air of aristocracy, you may not fathom the cutting-edge modernity of the man.

He was born in Germany in 1685 (same year as J. S. Bach) but later became a naturalized British subject.  An entrepreneur prone to risk-taking, he started three commercial opera companies in England, importing the genre and its artists from Italy, where he’d studied, and he composed 40 operas along the way of his own, full of drama and fervor.

It was only after a physical breakdown in 1737 that he wrote Messiah, in which he managed to couch the romantic verve of opera in a classically perfect architecture, a sonic Sistine Chapel.  Ironically, this turn from profane music to sacred music would bring him both fame and fortune.

One thing is certain:  Part I of Handel’s Messiah is the most glorious musical retelling of the birth of Christ.  It elevates the soul, reaffirms life, and centers us on the reason for the season.

Join the Philharmonic on December 19th as they celebrate Messiah.  Tickets are available at the Philharmonic Box Office (5 Market Square, Pinehurst – 910-687-0287) and online at www.carolinaphil.org, as well as at Nature’s Own, The Given Outpost and Bookshop, the Arts Council, Heavenly Pines Jewelry, ArtistsLeague of the Sandhills, Sandhills Winery and at the door as available.

Soprano Young Mee Jun has performed on four continents.  She began her vocal studies in her native South Korea at Taegu University and then obtained her Master’s from Keimyung University.

Further studies in Italy led to her admittance to perhaps the most prestigious Vocal Conservatory in the world, Conservatorio di Santa Cecilia, in Rome.  Every year, the class is severely whittled down, and Jun was not only one of the elite handful to survive and graduate but was then invited back for post-graduate studies on a full scholarship.

She regularly appears as guest soloist with the Carolina Philharmonic.  Career highlights include performances at Carnegie Hall and the Vatican, as well as sharing the stage with soprano Sumi Jo.   Jun’s passion for performing is coupled with a great love of teaching. She has taught extensively in her native Korea, Italy, France, and New York City, and now also in NC, where she lives with her husband and daughter.

An active performer in a variety of genres, Jami Rhodes holds a number of favorite operatic roles to her credit including Rosina in Il Barbiere di Siviglia, Dorabella in Cosi fan Tutte, Baba in The Medium, Madame de Croissy in Dialogues of the Carmelites, Jo in Little Women, Charlotte in Werther, Lucretia in The Rape of Lucretia, Florence Pike in Albert Herring, The Old Lady in Candide and the title role in Bizet’s Carmen.

Dr. Rhodes has been a winner in the Orpheus National Vocal Competition and a District Winner and Regional Finalist in the Metropolitan Opera National Council Auditions.  She has sung with Des Moines Metro Opera, Nashville Opera, Central City Opera, Lake George Opera, Opera in the Ozarks, the Ohio Light Opera, North Carolina Opera, the Greenville Choral Society and Orchestra, the Choral Society of Durham, the Louisiana Sinfonietta, the Baton Rouge Symphony Orchestra, the South Carolina Philharmonic, the Clemson Symphony Orchestra, the Wilmington Symphony, Symphony of the Mountains, and the Austin Symphony.

Her recording of Dinos Constantinides’ Marche de Galvez with the Louisiana Sinfonietta and Schola Cantorum was released by Centaur Records in February of 2008.  Praised for her “impeccable comic timing” and “lovable and unique” characterizations, Dr. Rhodes is also active in operetta and cross-over repertoire.

Her portrayal of the Baroness von Krakenfeldt can be heard on the Ohio Light Opera’s recording of Gilbert and Sullivan’s The Grand Duke released by Albany Records in 2003.

Of his 2013 Carnegie Hall debut, the New York Concert Review noted, “Daniel Shirley’s voice soared over the large forces with strength and clarity.” The tenor continues to earn critical praise for his appearances in concert, opera, and musical theater.

His 2014-15 concert season includes debuts with the Lexington Philharmonic in Carmina Burana, the Alabama Symphony in Carmina Burana, and Choral Society of Durham in the C.P.E. Bach Magnificat.  He will appear with Madison Opera throughout the current season, first as the title role in Candide for the 10th Anniversary Celebration of the Overture Center for the Arts, and then as Anthony Hope in Sweeney Todd.

The 2013-14 season brought debuts with Michigan Opera Theater in Der Fliegende Holländer, the Pacific Symphony in Messiah, Opera Memphis in The Mikado, the Seattle Symphony in Carmina Burana, and Boston Baroque in Il Ritorno d’Ulisse in Patria.

During the 2012-13 season he debuted with Madison Opera in Acis and Galatea, Distinguished Concerts International – New York in Willcocks’ A Great and Glorious Victory (Carnegie Hall debut), New York City Opera as cover for Prologue/Quint in The Turn of the Screw, and Sugar Creek Symphony & Song in Carlisle Floyd’s Cold Sassy Tree.  He sang with Chicago’s Music of the Baroque throughout the season, most notably as tenor soloist in Israel in Egypt.

Daniel’s diverse repertoire is growing to include the masterpieces of the symphonic and sacred canons. He is becoming known for his inspired interpretations of Handel oratorios and fearless singing of the Carmina Burana roasting swan and is adding the Bach Evangelists to his repertoire.

The tenor trained in some of America’s most notable young artist programs. A resident artist with Florida Grand Opera from 2010 to 2012, he performed Prunier in La Rondine and Tybalt in Roméo et Juliette and covered Don Ottavio in Don Giovanni.

Critics commended his Prunier for a vocal delivery “so pure, that even in the softer passages he makes a very memorable impression,” and his Tybalt for a “hot-headed, on target performance” with “pure and solid tone.”  As a 2009 and 2011 Apprentice Artist with Santa Fe Opera, Daniel covered Gualtiero in Griselda and Don Ottavio in Don Giovanni.

In 2008, he joined the Bonfils-Stanton Artist Training Program of Central City Opera to cover Sam Polk in Susannah. His professional debut was as Don Curzio in The Marriage of Figaro with Chautauqua Opera, where he was a Studio Artist.

Recent awards include Fifth place in the 2014 American Traditions Competition, Honorable Mention in the 2013 George London Foundation awards, and a 2012 Career Development Grant from the William Matheus Sullivan Foundation.

Daniel has also been honored with awards from the Anna Sosenko Trust, the National Society of Arts and Letters, Central City Opera, the Orpheus National Vocal Competition, Chautauqua Opera, and the Dayton Opera Guild.

Recordings include the Vaughan Williams Ten Blake Songs on oboist Elizabeth Robertson’s album ‘Oboe Serenade,’ and the role of Edgar in Frédéric Chaslin’s new opera Wuthering Heights with the orchestra of the Palau de les Arts Reina Sofia in Valencia.

Bass-baritone Nathan Milholin is a Resident Artist at the Academy of Vocal Arts in Philadelphia. While at AVA he has performed Ferrando in Il Trovatore, Raimondo in Lucia di Lammermoor, Sparafucile in Rigoletto, Leporello in Don Giovanni, Méphistophélès in Faust, and Colline in La Bohème, among other roles.

Mr. Milholin has performed leading and compamario roles with many opera companies and festivals, including Opera in the Heights, Central City Opera, Festival Mozart in A Coruña, Spain, The Glimmerglass Festival, the Castleton Festival, and Santa Fe Opera. He holds a Bachelor of Music degree in Vocal Performance from North Carolina School of the Arts and a Master of Music degree in Opera Performance from Yale University. 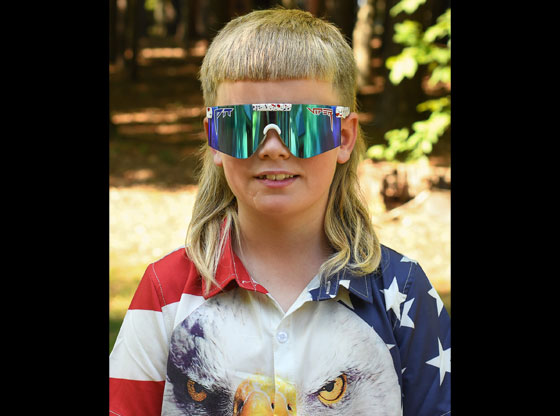