“Throughout the country, social media accounts posting videos of fights and other instances at schools and on school buses exist. Schools within MCS are no exception,” said Moore County Schools Communication Director Catherine Nagy to Sandhills Sentinel in response to recent incidents at a Moore County middle school.

On Oct. 7, a video circulated on Facebook depicting a violent clash between two students.

According to a Facebook post from one of the student’s mother, the other student body slammed her son from behind. She said he continued to attack her son while screaming “I am going to F****** kill you.” The mother said the student attempted to strangle and smother her son.

According to the mother on Facebook, she wasn’t notified from the school about the incident until several hours later. She said she was told they couldn’t inform her of any actions they took on the other student due to privacy concerns.

According to Nagy, “The incident is still under investigation, and if MCS Police choose to file charges, it will be referred to the Department of Juvenile Justice.”

In a separate incident on Oct. 19, a Crain’s Creek Middle School student in a group text threatened to bring a weapon to school. Parents were told the Moore County Schools Police were investigating the incident, and parents were told the student would not be at school, and there was no immediate threat to students or staff.

Nagy addressed rumors that the student was on campus on the day of the threatened shooting.

Not so, according to Nagy, and she reiterated the statement made to parents “regarding the threat made by a Crain’s Creek Middle School student in a group chat on Oct. 19, this message was delivered to parents on Oct. 20: ‘Last night a student made a threat in a group text chat that he was going to bring a weapon to school. There is no immediate threat to students or staff at the school. The student was not in school today. MCS Police are investigating the incident. In an abundance of caution, additional MCS Police will be on the school campus tomorrow.’”

Because privacy laws requires the identity and disposition of juvenile cases remain private, the school district was unable to provide any additional information to Sandhills Sentinel.

However, according to Nagy, “Moore County Schools are committed to the safety of students and staff. The safety of our students is our highest priority. We take any acts of bullying or violence in our schools very seriously and will take swift action to ensure that those who perpetrate violence are disciplined and charged according to the law.”

After these incidents, about 80 concerned parents recently gathered at Sandy Ramey Keith Park in Vass to discuss their concerns with the school administration.

Despite these words, some parents are still concerned. A group of parents recently gathered outside Crain’s Creek Middle School protesting the ongoing issues at the school. Some parents feel that Jones has attempted to cover up happenings at the school and fails to communicate with parents promptly. 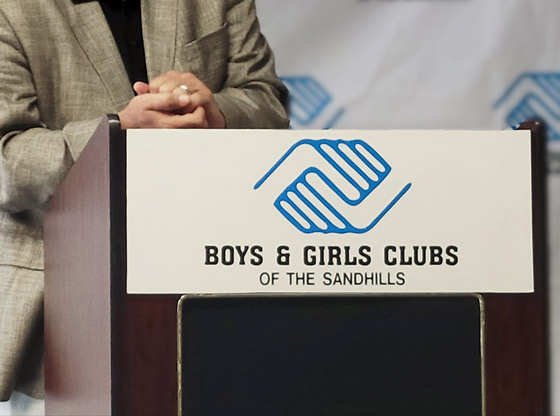