One airlifted in Pinebluff rollover crash

One person was airlifted to an area trauma center after a rollover accident in Pinebluff Thursday. The accident happened on U.S. 1 South near Black Cherry Way just before 9:30 p.m.

The older model Ford Mustang was headed south on U.S. 1 when the driver ran off the right hand side of the road, according to officials on scene.

The vehicle slammed into a number of trees along the highway as it rolled over and eventual came to rest right side up. The vehicle was destroyed in the accident. Bystanders had been traveling southbound and witnessed the accident. They stopped to check on the driver and called 911.

When emergency crews arrived on the scene, the man was out of the vehicle. Due to his injuries, a medevac helicopter was called and landed at a landing zone setup at Pinebluff ball field. He was reported to be stable at the time, but his injuries are unknown.

One lane of U.S. 1 southbound was shut down. 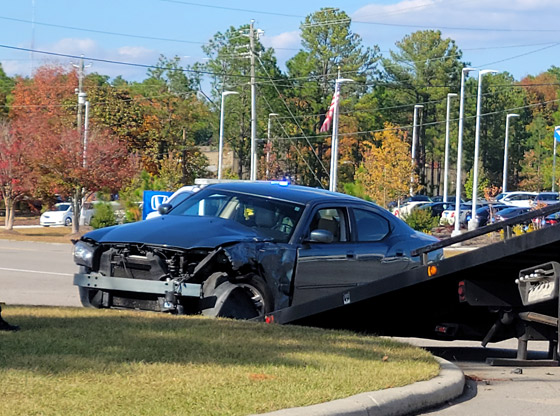