An accident in Aberdeen Monday morning left one person dead and one person critically injured. The crash occurred around 8 a.m. on 15-501 South near the intersection with Heflin Road.

A Chrysler minivan was headed toward Aberdeen when it ran off the right-hand side of the road and slammed into a tree.

When emergency crews arrived, they found two people in the vehicle. Douglas Huntley, 73, of Laurinburg, was entrapped and unresponsive. Emergency crews had to use hydraulic tools to reach him. He was pronounced dead at the scene.

The female passenger was in critical condition and a medevac helicopter was called. The UNC helicopter landed beside the accident at a landing zone firefighters had set up in a field behind a house. She was airlifted to a trauma center.

The N.C. State Highway Patrol was on the scene and is investigating the cause of the accident. The identity of the victims has not been released.

The northbound lane of Highway 15-501 was shut down for an extended period of time. 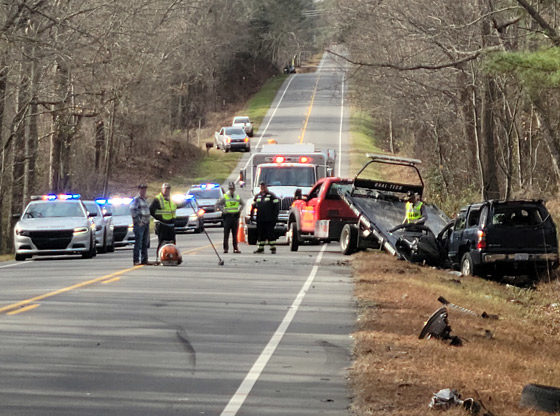