The instant classic, KNIVES OUT, will be playing at the Sunrise November 6-8 with matinees each day and evening screenings on Friday and Sunday. The film was originally scheduled at the theater last March when Covid caused its cancellation and a seven-month shutdown of the Sunrise.

The theater has recently reopened with strict cleaning and sanitizing protocols, reduced capacity, and social distancing among other Executive Order procedures. All guests are required to wear a mask at all times except when actively eating or drinking while seated.

KNIVES OUT is a good old-fashioned whodunit murder mystery with an original story that pays homage to Agatha Christy. When renowned crime novelist Harlan Thrombey (Christopher Plummer) is found dead at his estate just after his 85th birthday, the inquisitive and debonair Detective Benoit Blanc (Daniel Craig) is mysteriously enlisted to investigate. From Harlan’s dysfunctional family to his devoted staff, Blanc sifts through a web of red herrings and self-serving lies to uncover the truth behind Harlan’s untimely death. With each character having a motive to kill, the movie twists and turns to the amusing conclusion.

Hollywood magic was achieved with this film – excellent cast, solid script, clever story, great genre, savvy director, and attention to detail. KNIVES OUT is funny, engaging, and totally entertaining to see on the big screen particularly with friends. The movie was a massive box office success that had the staying power to make it fun to see again and again.

Rotten Tomatoes gives it a strong 97% critic / 92% audience score. “KNIVES OUT is a rarity, in that it’s a wholly original, star-and-filmmaker-driven live-action feature aimed toward adults (and smart kids) that has succeeded.” (Forbes) “KNIVES OUT is a massive hit and will only become a bigger one.” (Buzzfeed)

Tickets are $10 and are available at the Sunrise Box Office 30 minutes prior to the start of the film.  KNIVES OUT is rated PG-13. 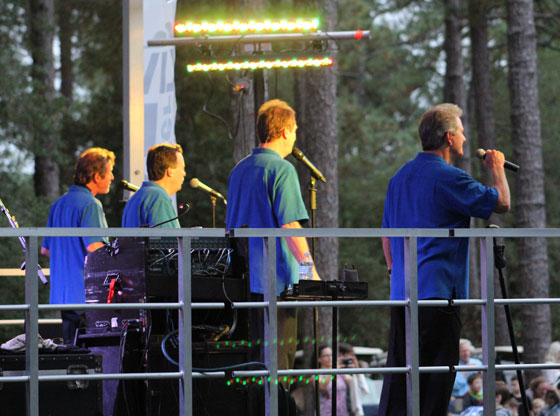