One airlifted in Sunday crash 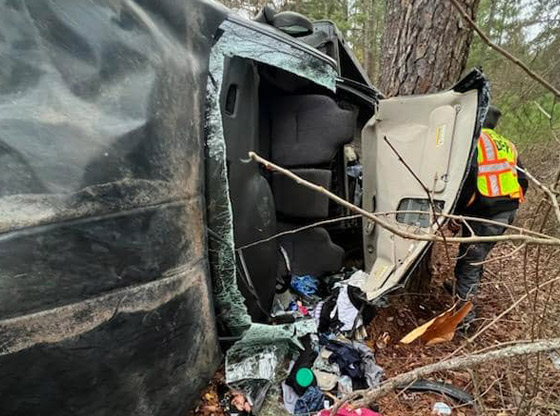 Emergency crews were called to a vehicle accident in Eagle Springs Sunday.

The crash occurred just before 4 p.m. at the intersection of Highway 211 and Eagle Springs Road, said Seven Lakes Fire and Rescue on its Facebook page.

The driver was trapped after the vehicle flipped on its side in the woods. A pickup truck overturns in a single-vehicle crash on Sunday, Dec. 11.

A medevac helicopter was called to Eagle Springs Fire Department where crews set up a landing zone.

“Rescuers had to remove the windshield and part of the roof to access the patient who was transported by EMS to a medical helicopter that transported the patient to a trauma center,” said Seven Lakes Fire and Rescue.