On Saturday the annual HKonJ Moral March, sponsored by the NAACP and Equality NC, took place in downtown Raleigh. A rally was held after the march at Halifax mall featuring a wide array of speakers drawing a crowd of thousands.

One of the speakers on the main stage was none other than local activist and recent Pinecrest graduate, Noah Ambrose.

Ambrose, 18, is now a freshman at the University of North Carolina at Greensboro and has been active with organizations around the state including the NAACP, Equality NC, and the Human Rights Campaign primarily as an activist for LGBT issues.

But on Saturday, Ambrose spoke about voting rights for North Carolinians citing a lawsuit that took place between the NCNAACP and the Moore County Board of Elections where a private organization called the Voter Integrity Project (VIP), sent postcards to hundreds of residents in Moore county, primarily African American and registered Democratic voters.

If these voters didn’t mail the postcards back to VIP, they took the names down to the Board of Elections and had their names wiped from the electoral roll, weeks before the 2016 election. The NAACP then sued VIP and the BOE and the voters were reinstated. Photos courtesy of Kevin A. Smith

“We should not have to race out and find lawyers to sue for our rights,” Ambrose exclaimed. “For years our legislature has been suppressing the votes of North Carolinians, not only is it unconstitutional, it’s immoral. They know they can’t beat us in a fair fight so they gerrymander, and cheat to get in power. Today isn’t about February 10th, it’s about November 6th,” Ambrose said drawing applause from the crowd.

“Today I’m not here as a student, I’m here to teach. To teach our elected officials, Berger, Moore, Tillis, Boles, that their politics of hate are over,” Ambrose stated.

Ambrose has been a long-time vocal opponent of Boles for his anti-LGBT voting record. Boles was a supporter of Amendment 1, which banned gay marriage in North Carolina and voted in favor of House Bill 2 in 2016, an issue Ambrose was vocal about as President of Pinecrest Spectrum, the school’s LGBT group.

Boles is being challenged in the 2018 election by Democratic candidate Lowell Simon. 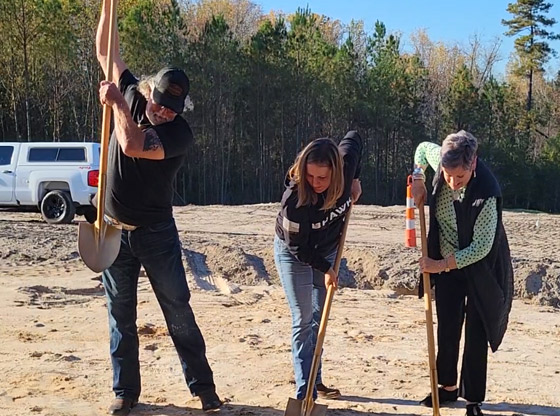