Bipartisan legislation that would consolidate Fort Bragg into one federal judicial district has been signed into law on Tuesday, according to a news release from U.S. Rep. Richard Hudson.

The bill was introduced by Richard Hudson (NC-08), and Representative Deborah Ross (NC-02), along with Senators Thom Tillis (R-NC) and Richard Burr (R-NC).

“This commonsense legislation will help families at Fort Bragg by allowing all court cases stemming from the base to be heard in the Eastern District’s courthouse in nearby Fayetteville,” said Rep. Hudson. “As Fort Bragg’s Congressman, I appreciate the leadership and support of Congresswoman Ross, Senators Burr and Tillis, and my colleagues on this bipartisan bill.”

Fort Bragg spans across six North Carolina counties: Cumberland, Harnett, Hoke, Moore, Scotland, and Richmond. Cumberland and Harnett are located in the Eastern District, while the other four counties are in the Middle District. Depending on where on Fort Bragg an infraction occurred, an individual would be required to appear in court 20 minutes away or up to 2 hours away. A similar redistricting occurred several years ago when Congress moved FCI Butner into the Eastern District.

“North Carolina is the proud home of Fort Bragg, the largest military installation in the world based on population, which spans six North Carolina counties. The current judicial district boundaries split the base into two districts, resulting in some defendants being required to travel to Durham, Greensboro, or Winston-Salem to appear in court,” said Senator Tillis. “This bipartisan legislation is a commonsense fix that will ensure all of Fort Bragg is included in the Eastern District to improve court operations and reduce hardship for defendants. I am proud to co-lead this legislation with Senator Burr and Representatives Ross and Hudson and applaud the entire North Carolina delegation for working together to get this legislation signed into law.”

“Since Fort Bragg spans across six counties, its judicial district boundaries are split into two,” said Senator Burr. “This creates numerous logistical issues for North Carolina’s district courts and travel hardships. By consolidating Fort Bragg’s judicial district into one we will alleviate some of the confusion for service members and their families located at Fort Bragg. I applaud the bipartisan work to get this commonsense initiative across the finish line.” 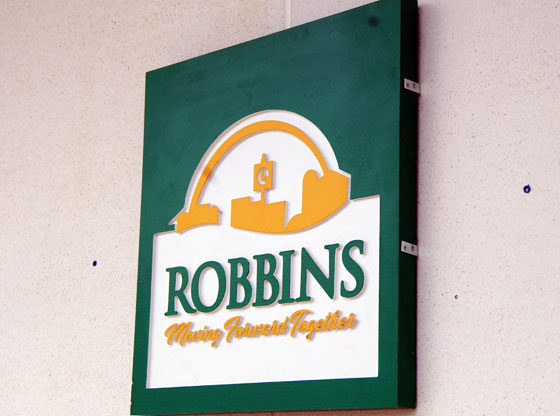