Speaking to Moore County Partners in Progress’ Board of Directors at their Sept. 6 meeting, Loren Hill, Carolina Core Regional Economic Development Director at Piedmont Triad Partnership, talked about those and other recent announcements as well as the business recruitment and expansion momentum that has been growing in the region since 2018.

“When the Carolina Core initiative was launched, the goal was set to create 50,000 new jobs in the region in 20 years, from 2018 to 2038,” said Hill. “What’s truly incredible is that in just the last 4 years, more than 36,000 new jobs have already been announced in the Core. That number includes 4 projects in Moore County that are collectively expected to create more than 200 jobs.”

The Carolina Core refers to the 140-mile region along US Highway 421 from west of Interstate 77 to Interstate 95 that encompasses five of the state’s primary mega sites, as well as many smaller industrial parks and sites. The region covers 19 counties in central North Carolina, including Moore County.

It also represents a collaborative branding initiative and economic development strategy focused on promoting the region as a globally competitive market to attract new business and industry and to support the expansion of existing companies.

“The Carolina Core region is an economic engine that is clearly well-positioned for transformational development projects,” said Hill.

He spoke about the five mega sites in the Carolina Core corridor that together comprise more than 7,500 acres of prime real estate for industrial development. In just 10 months since December 2021, there have been four record announcements.

Combined, the four projects — Toyota, VinFast, Boom Supersonic, and most recently Wolfspeed — represent a staggering 13,150 new jobs and more than $13 billion of capital investment in central North Carolina. Each company is locating at a different mega site within the corridor.

Hill said small towns in the region, like Carthage and Robbins, will inevitably feel the ripple effect of these projects, particularly as suppliers will be looking for locations close to the new facilities. The Toyota facility will be an hour’s drive north of Carthage; VinFast will be a 45-minute drive; and Wolfspeed will be a 40-minute drive. “Some of these suppliers will definitely have Moore County in their radar as a possible location.”

Partners in Progress saw a 54% increase over last fiscal year in the number of companies potentially considering a location in Moore County, and almost 25% of the project leads in fiscal year 2022 were businesses in the electric vehicle and battery industry. “We’ve already received a couple of EV leads so far this fiscal year, and we absolutely expect that number to increase substantially,” Hawkins said.

Hill cautioned, however, that Moore County’s close proximity to these mega sites alone will not be enough to attract suppliers. “Communities must also be ready with available industrial buildings and sites that already have sufficient infrastructure in place such as natural gas and rail service.

“The availability of speculative buildings and cleared or pad-ready sites are even more advantageous because they will increase speed to market and help meet a supplier’s accelerated timeline to be operational.”

In June, Partners in Progress was awarded a $15,000 grant through the Golden LEAF Foundation’s SITE Program which will be used to help identify potential sites for industrial development in the Town of Robbins and the surrounding northern Moore County area.

“Identifying prospective industrial sites through the SITE Program can help position northern Moore to possibly capture some of those supplier industries and reap the benefits from the capital investment, new job creation, and general economic ripple effect they will generate,” said Hawkins.

Partners in Progress continues to be intently focused on addressing the critical need to identify and prepare viable sites for industrial development throughout Moore County. In addition to the SITE Program grant, Partners in Progress was awarded almost $630,000 in grant funding during fiscal year 2022 for site development.

As Partners in Progress works to capitalize on the Carolina Core momentum by trying to attract some of the numerous suppliers and other auxiliary companies here, Moore County’s existing businesses also have a unique opportunity to directly benefit as well.

Wanting to strategically expand its supply chain in central North Carolina, Toyota is looking for existing businesses in the region to become their direct suppliers. TBMNC is looking for a variety of vendors to supply many different services that range from cleaning to lawn maintenance to security. It has opened an email address for any businesses interested in potentially becoming suppliers. Interested Moore County businesses are encouraged to send an email to: [email protected].

The Carolina Core embodies the belief that “A Win for One is a Win for All” — when one community in the Core wins a project, that win also ultimately benefits the surrounding communities in the region.

“In the upcoming years, Moore County can expect to be significantly impacted by the Core’s activity. Through the Carolina Core brand, we will continue to promote Moore County as part of a strategically-located region that is a prime destination for businesses, new jobs, and significant investment,” said Hill. 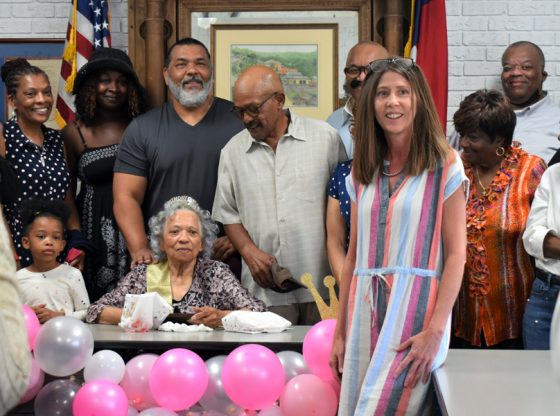