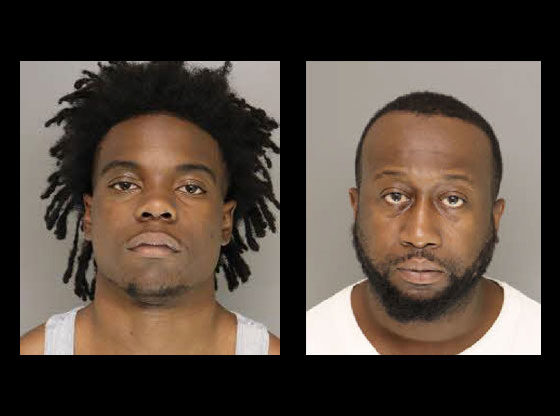 Caleb McMillan, 21, of Pinehurst, and Norman Taylor Jr., 42, of Aberdeen, were pulled over Monday by Moore County Sheriff Deputies in the 500 block of South Walnut Street in Pinebluff. After the men were pulled over, law enforcement searched the vehicle.

“As a result of the search, Deputies located marijuana, marijuana paraphernalia, and a concealed handgun,” said the sheriff’s office in a news advisory. “The passenger of the vehicle was also entered “wanted” for outstanding warrants on drug charges and for charges involving resisting a public officer.”

Suspects are scheduled to appear in Moore County District Court on December 10 and are presumed innocent until proven guilty in a court of law. Police searching for man who… Vehicle break-ins on the rise…