Three arrested on drug charges while in village park

Home /Crime/Three arrested on drug charges while in village park 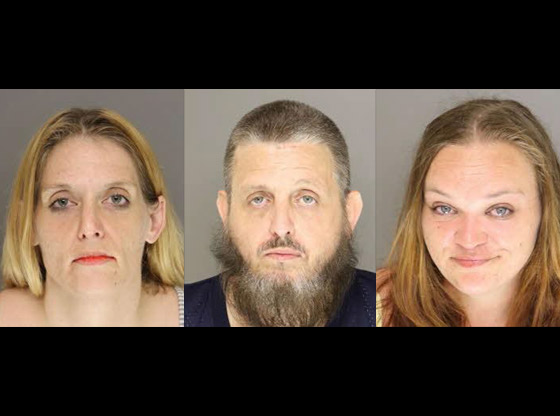 Three people are facing drug charges after being arrested in a park in Whispering Pines.

The Whispering Pines Police Department said in a news statement William Atkins, Brittany Hardy, and Tiffany Sloan were arrested over the weekend.

The incident occurred in the early afternoon on July 16 at Thagard Lake Park on S. Lakeshore Drive.

“Officer Thomas encountered William Atkins, Brittany Hardy, and Tiffany Sloan in the park with a small child,” said the news advisory. “During his interaction with the subjects an odor of marijuana was detected originating from their vehicle.”

The officer confiscated three grams of heroin, one gram of methamphetamine, 18.7 grams of marijuana, and drug paraphernalia after a search.

Hardy, of Sanford, was charged with felony possession of methamphetamine and misdemeanor possession of drug paraphernalia. She was placed under a $1,500 secured bond.

Sloan, of Carthage, was charged with misdemeanor possession of drug paraphernalia. Her secured bond was $500.

All three are due in court on Aug. 3 and are presumed innocent until proven guilty. Investigation leads to arrests of…